About the author of this article: 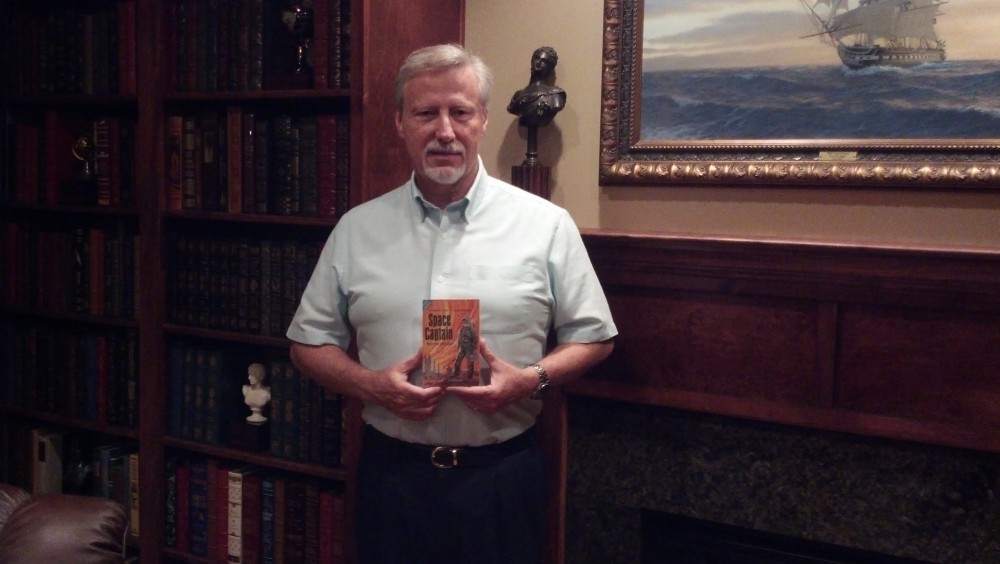 Gilbert Huey is a dear friend of Underground Books and a very accomplished collector of science-fiction and fantasy. You can read more about Gilbert's out of this world collection here.

View Gilbert's collection of rare Frankenstein editions in the case at Underground in October!

Gilbert is the author of The Free State of Carroll, available now at Underground Books!

Mary Wollstonecraft Shelley and the 200th Anniversary of Frankenstein

Mary Wollstonecraft Godwin was born August 30, 1797, in London. Her mother died shortly after giving birth. Mary was raised by a stepmother in a household of five other children. There was no distinction made in the children’s educations based on sex or age, so Mary received an exceptional education. The children were regularly exposed to the English intelligentsia, ranging from poets and philosophers to scientists who experimented with galvanic and static electricity. These influences would later have an obvious impact on Mary’s writing. Mary did not like her stepmother so she spent much of her early teens living with friends in Dundee, Scotland. When she returned home in 1813, she became infatuated with her father's close friend, Percy Bysshe Shelley, the famous poet whom she had met a couple of years earlier. Although Mary was only sixteen and Shelley was married, the two of them fell in love and eloped to continental Europe. After Shelley’s wife committed suicide Percy and Mary were legally married.

The Shelleys, along with Mary’s step-sister Claire Clairmont, traveled to Switzerland in May 1816. They rented a villa on Lake Geneva and were soon joined by Lord Byron, the famous English poet who was having an affair with Claire. The weather in the region was rainy and cold forcing the couples to remain inside. They entertained themselves by reading poetry and ghost stories. Lord Byron issued a challenge one night that each person should write an original ghost story. Mary had difficulty coming up with an idea that suited her. Then she had a dream in which a man brings a hideous corpse back to life. At first the dream terrified her. Then she realized it would terrify others as well so with Percy Shelley’s encouragement she started writing the story. She completed the novel in April 1817, and submitted it to her publisher. Frankenstein: or, the Modern Prometheus was published anonymously in a three-volume edition of 500 copies in early 1818. Percy Shelley wrote the introduction and many readers assumed he had penned the novel. Mary was not billed as the author because the subject matter was considered inappropriate for a female writer.

Frankenstein is an example of a Gothic tale presented in the romantic form. It is written as an epistolary novel and uses the popular framing device of the era that features a story within a story. The main plot is positioned between the second narrator’s introduction and conclusion. The narrative is full of unlikely coincidences, another literary practice that was common in the early 19th century. The novel’s enduring brilliance is how it handles many prominent and socially relevant themes: physical appearance, love, friendship, loyalty, death, and what it means to be human. 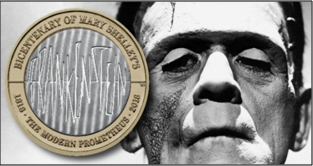 The novel begins with nautical explorer Robert Walton who is searching for a passage through the Arctic. Walton’s ship rescues a man adrift on the ice who is near death. The man turns out to be a scientist who is pursuing his own terrible creation. Frankenstein: or, the Modern Prometheus is the story of this eponymous scientist, Victor Frankenstein, who was obsessed with the secret of life. In his home in Geneva, Switzerland he experiments with applying electricity to a grotesque body he had fabricated from body parts and organs harvested from cadavers. When the body comes alive Victor flees from the creature in terror. The creature, now on the run, is hated and feared by everyone who sees him. He hides from humans because of the way they react to him. When the creature learns to read he realizes the horror of his own existence. The creature finds Victor and pleads with him to create a female monster so he can have a mate. Victor initially agrees and secludes himself on a remote island in the Orkneys where he can work. Before animating the female monster he changes his mind and dumps the body into a lake. The creature is outraged and begins to hunt and kill Victor’s loved ones. He threatens to kill Victor’s fiancée, Elizabeth, which he does on their wedding night. Grief-stricken, Victor vows to destroy his creation and pursues the creature to the Arctic. Victor finally catches up with the creature but a sudden crack in the ice separates them. Victor drifts away and days later is picked up by Walton’s ship. Victor relates his tragic story to Walton then dies aboard the ship. The creature soon appears next to the dead body of his creator and relates his side of the story to Walton. In the end the creature says he can now go away to die alone in the darkness on the ice. Much of the story is presented in the form of letters from Captain Walton to his sister back in England.

This year, 2018, marks the 200th anniversary of the publication of Frankenstein. Mary Shelley, who died in 1851, had several novels published in her lifetime, but Frankenstein secured her legacy. The novel’s humble beginnings as an anonymously published limited edition and subsequent ascendance to one of the most popular and recognizable books ever written is a remarkable success story. There have been over 120 films featuring the creature. There are stage adaptations, musicals, comic books and graphic novels, and numerous sequels of varying quality. The story has been interpreted as a feminist allegory of birthing, an apology for causing her mother’s death, an attack on science, and a reaction to the rise of the industrial proletariat. Most critics agree that the story is a parable warning humanity of the threats posed by unbridled advances in technology. Frankenstein has become the Adam and Eve creation story for the post-industrial age. 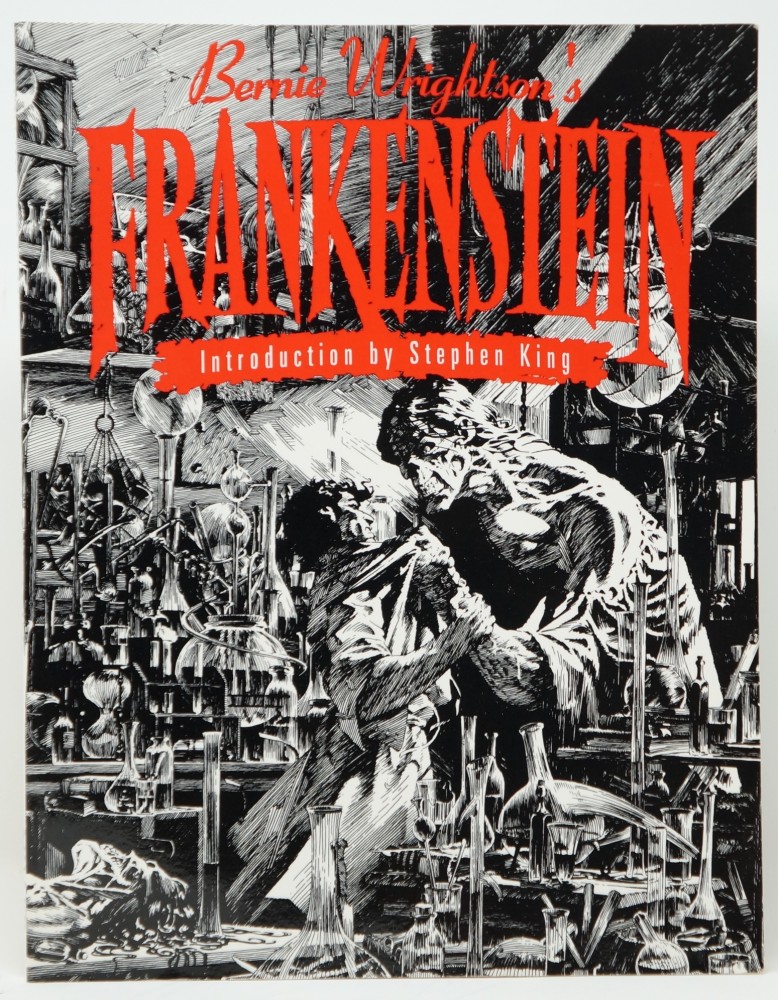 On offer from Underground Books is this signed first printing of Bernie Wrightson's Frankenstein, Mary Shelley's classic science fiction story, illustrated throughout in 45 full-page black and white illustrations and signed by comic artist Bernie Wrightson (1948-2017), the co-creator of Swamp Thing and illustrator for many of Stephen King's works.