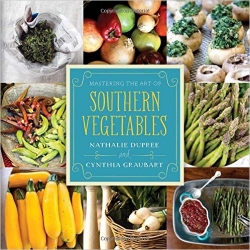 We are excited to welcome best-selling cookbook author Cynthia Graubart to Carrollton for a book signing and talk at Underground Books on Saturday March 26th.Graubart will be on hand from 2-4pm for conversation and signing books, and will read and answer questions around 3pm. Rumor has it there may be some recipes to sample.

Cynthia Graubart is the author of seven books, including the James Beard Award winning Mastering the Art of Southern Cooking. Graubart also writes the "New Sunday Supper" column in Southern Living magazine, and shares her message of gaining confidence in the kitchen to groups large and small. She travels teaching cooking classes, both demonstration and participation, around the country, and appears on radio and television. Also a TV producer, she produced GPTV's first nationally syndicated television series, "New Southern Cooking with Nathalie Dupree." Her next book, Savor the South: Chicken from University of North Carolina Press will be released in 2016.

She is most recently the co-author of Mastering the Art of Southern Vegetables (Gibbs-Smith 2015). Her previous book, Slow Cooking Double Dinners for Two (Gibbs-Smith 2014), a follow-up to Slow Cooking for Two: Basics, Techniques, and Recipes (Gibbs Smith, 2013), captivated slow cooker enthusiasts. Her prior books include Mastering the Art of Southern Cooking (2013 James Beard Award) and the best-selling Southern Biscuits, both coauthored with Nathalie Dupree. Her first book was The One-Armed Cook: Quick and Easy Recipes, Smart Meal Plans, and Savvy Advice for New (and not-so-new) Moms. Based in Atlanta, Cynthia is passionate about food – from researching its origins, writing recipes, teaching technique, to bringing families together at the table. She is a member of the International Association of Culinary Professionals (IACP) and has spoken at its annual conference. She is also a member of Les Dames d’Escoffier (LDEI) and has served on the board of the Atlanta Community Food Bank.

Cynthia will be on hand at the store from 2-4pm to chat and sign books, and will give a talk around 3pm. You might even get a taste of one of her recipes if you're lucky! :)

Hope to see you there!