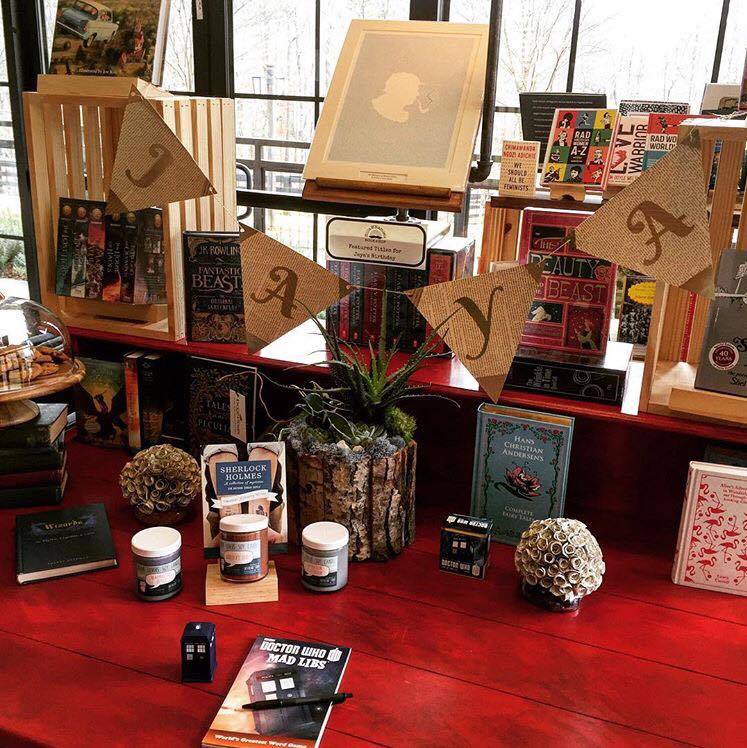 We are so excited to share this lovely essay by one of our favorite patrons at our sister store, Hills & Hamlets Bookshop in Serenbe! Jaya is twelve years old, a student at Gwinnett County Online School, and a proud member of the Hogwarts House of Ravenclaw. Some of her favorite books include the Harry Potter series, the Percy Jackson series, and the poetry of Shel Silverstein, and she's an avid fan of Doctor Who and Sherlock Holmes. Jaya first found us after attending last year's performance of The Snow Queen by the Serenbe Playhouse (playing this year from  November 30, 2017 to December 30, 2017). We later worked with her mother to surprise Jaya for her 12th birthday with a custom display of her favorite books at Hills & Hamlets. You can read along with the Serenbe Playhouse's current season with us; peruse our list of Serenbe Playhouse reads!

When you think of Christmas gatherings, with friends, family, and others, what do you think of? A warm night inside by the fire? A trip to the movies? Well, when I think of my favorite Christmas gathering, I think of when every year me and one of my best friends Anna, my mom, and Anna’s mom all go to do something for the holiday. But this past year, we went somewhere magical… a place of utter enchantment… a place called… Serenbe!! 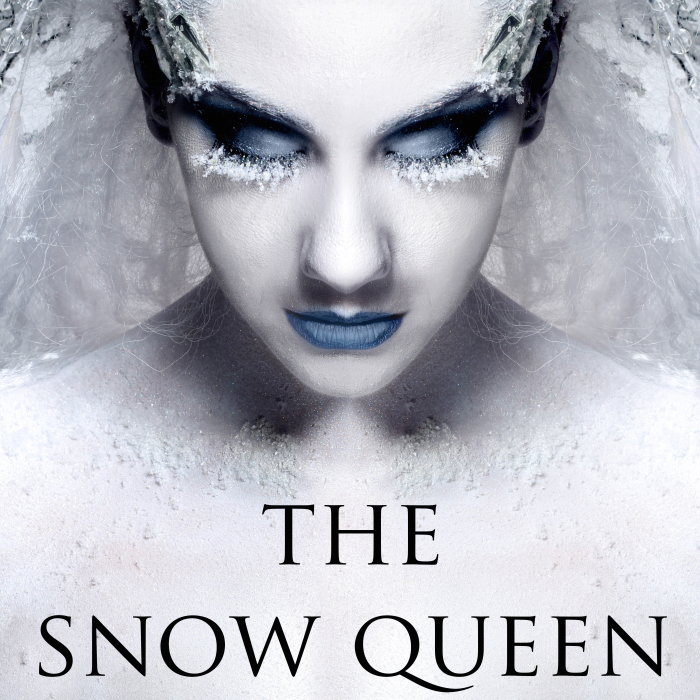 “Yay!! I’m so excited!!” I half-squealed to my mother as we drove to Annalisa’s house in my mother’s old car that smelled like all of the memories that had been made in it. “I know I know! I am too!” my mother said excitedly as we pulled up to Anna’s house. A few minutes later Anna and I were already in the car talking excitedly about what Serenbe might be like. Soon enough we had exhausted our mouths from talking and settled in for the long ride. Eventually, we came upon a small, brick building covered in rain that was an Italian restaurant and the only good food source for miles. We were all starving and didn’t care that we could eat dinner at Serenbe. We ignored the cold rain running down our hands and necks and ran inside, hoping we wouldn’t be turned down and have to go somewhere else. We managed to get inside the restaurant without being too wet, and eagerly waited to be seated and have a warm meal. A waitress came and directed us through the restaurant. As we walked through the restaurant we could smell the amazing smell of garlic bread and marinara, the sweet smell of homemade cakes sitting on display, just waiting to be eaten. The four of us ate like dogs who hadn’t been fed in days (although we tried to eat as politely as possible considering that the company around us looked like the most posh people in the world). After we finished our food, we set out on the road again and anxiously waited to get to that magical place, Serenbe! When we finally got to our enchanting destination, Anna and I set out to go find what we had ventured so very far for. Unfortunately, Anna and I weren’t thinking and stepped right into the rainy gutter we parked next to. We got right back into the car and grabbed an umbrella and set out once again into the cold pouring rain to go see… The Snow Queen!

An in person and live theatrical performance done by the college students living in the dorms right down the street. We made our way down the cobblestone street of Serenbe and found our way to the small and hilly area where the play was going to be. Anna and I started walking after our moms and talked excitedly about what we thought the Snow Queen would be like. Then I looked farther up the hill and saw her: “She’s breathtaking” I muttered as I tapped Anna on the shoulder “Anna look! It’s the Snow Queen!” I exclaimed, pointing at the gorgeously snowy white and elegant figure, making her way down the hill on the other side of the road. “Wow. Your right!” said Anna.  We watched in fascination at the beautiful figure as she came down the hill in a beautiful dress with such an amazing glow that it was almost hard to look at. We pointed the radiant figure out to our mothers and we made our way excitedly to where there was the most light (by now it had gotten rather dark) without taking our eyes of the alluring Snow Queen. Anna and I made our way to the very front of the crowd and the play began! “Trolls” who were played by two students wearing ridiculous hats and clothing came out and talked about the Snow 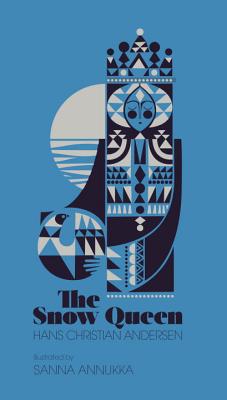 Queen’s origin. “Anna look. She’s so close…!” I said under my breath. Anna looked behind us and saw that the Snow Queen was indeed much closer now and through the rain that was still pouring as hard as possible, the Queen looked like she was a gorgeous white ghost. I turned and looked at the play once more and saw that all the actors where moving over to an even more fire-lit area with even more “trolls” and then suddenly, “The Snow Queen!” I heard one of the trolls shout and she, the magnificent Snow Queen was right behind me and Anna! I stared in awe at the breath taking figure who was about to steal the show. And she did. She whipped every one of the characters into a battle of snow that fell everywhere and somehow the Snow Queen was able to move the whole crowd over to a whole different part of the hilly area where we watched with utter fascination. The whole crowd suddenly started moving with no instruction! Maybe the Snow Queen really did have mind control powers as she had mind controlled the unfortunate boy who was now battling his best friend! The play finally ended with the Snow Queen vanishing in a cloud of snow and…bubbles?? 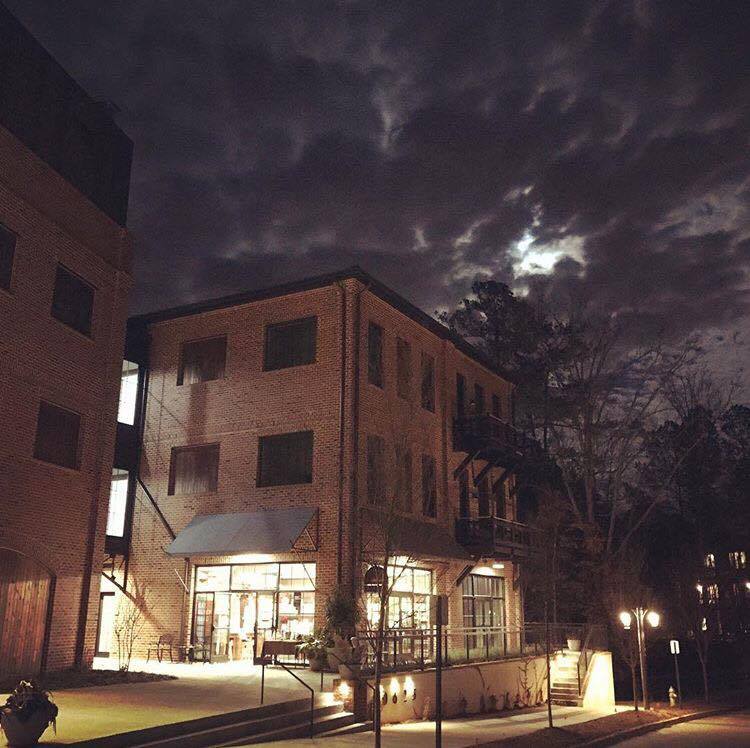 Happy and surprised and scared and angry and full of all other possible emotions, My mother, Anna’s Mother, Anna and I began to walk back up the hill, wishing the night could last longer, and then suddenly, “Hey! What’s that building over there?” Anna shouted. All four of us turned our heads and looked at the most elegant, beautiful bookstore we had all ever seen. Suddenly, it began to rain harder than it had the whole time we had been at Serenbe! We saw no other choice but to go inside the safe haven of the book store. As we went inside shivering in our almost entirely soaked clothing I looked at the sign hanging on the side of the store. “Hills and Hamlets…” I said aloud, as my mother called me into the store. When I walked in I saw so many books and could almost hear all of the different conversations going on inside of them and could smell… mmmmm… the most delicious smell of warm cinnamon cookies fresh from the oven. Unfortunately, it was not actual cookies but the smell of a freshly lit candle that the kind 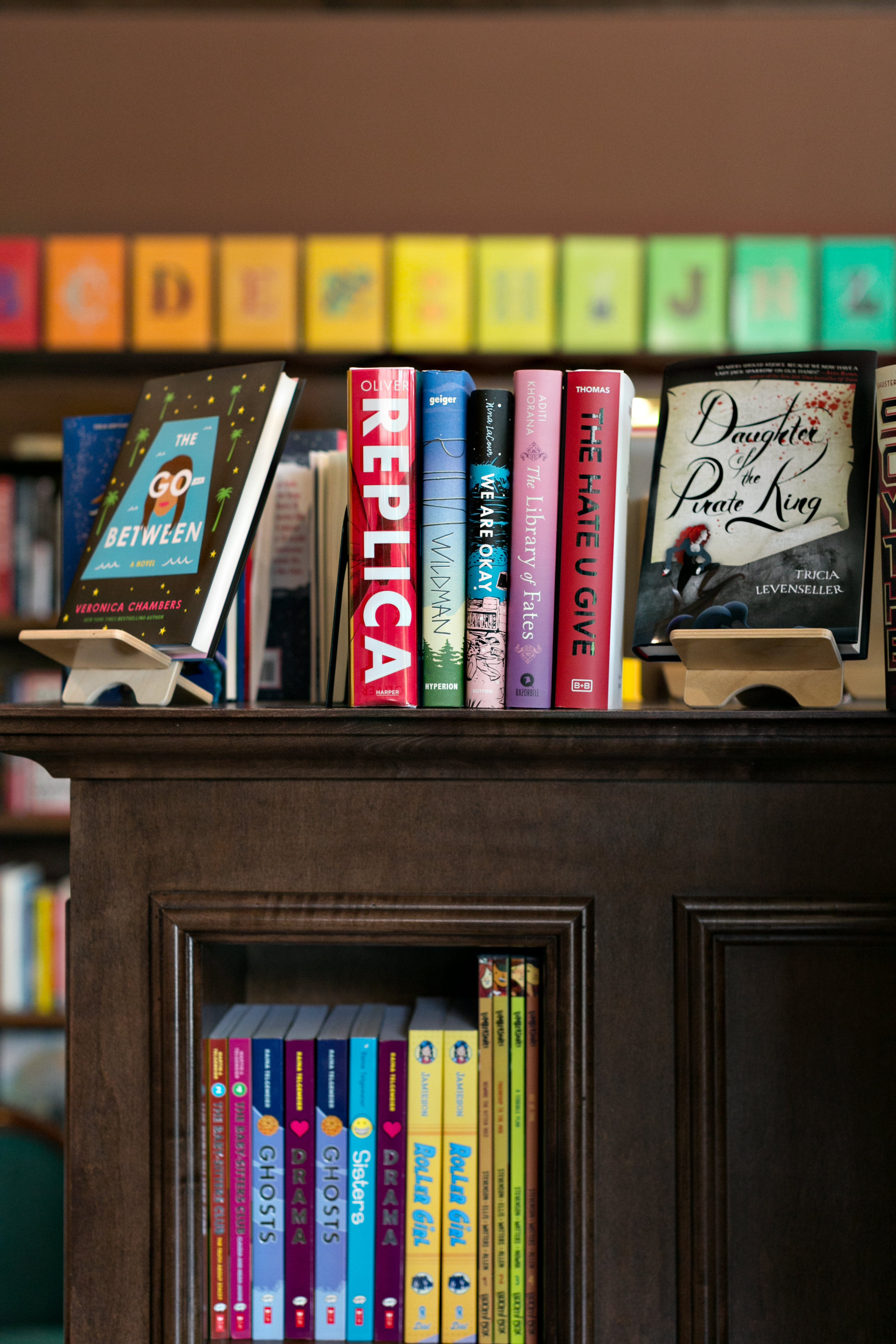 looking bookstore owners had just lit at our arrival. After saying thank you for being open so late, the four of us began to look around the enchanting book store and I soon found what is to this day, one of my most prized possessions- Nimona! A book destined for greatness! I bought the book and the four of us left with happy minds and warmed hearts.