Among the scholarship, discovery, and biblio-adventures of our profession, community is one of the greatest characteristics that define the book trade. Whether in antiquarian books or new, we have enjoyed deep camaraderie and generous mentorship from fellow booksellers. We recently had the chance to spend time with Earlene Scott, whose bookshop Scott's Books served readers in nearby Newnan, Georgia from 1976 to 2013. Earlene was kind enough to share some of her experiences selling new books in West Georgia for 36 years, including her enduring love of books, her family's history with the notorious John Wallace, and her (often revealing and humorous) observations on some of her favorite Southern authors that passed through her bookstore over the years. 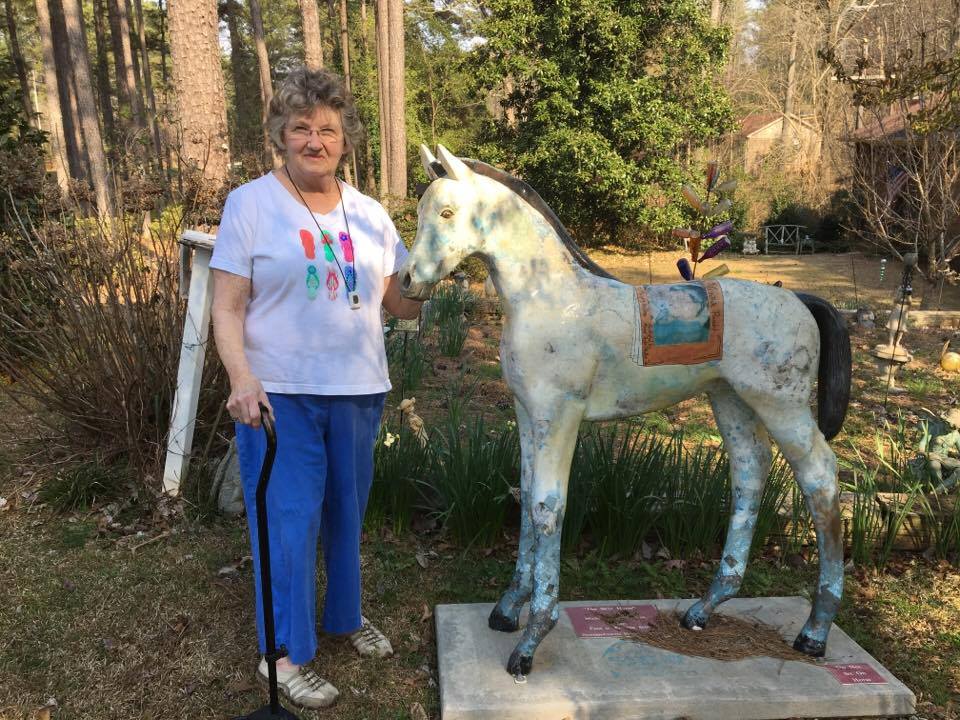 Earlene Scott at her home in Newnan, Georgia, posing with the horse sculpture that once stood outside Scott's Books. This horse was decorated with pages from The Velveteen Rabbit by Margary Williams by the artist Michal Taylor-Phillips and entitled "The Skin Horse." The horse was sponsored by "fans of Earlene Scott" as the sculpture reads on the placard at its base.

What gave you the idea to open the bookstore? 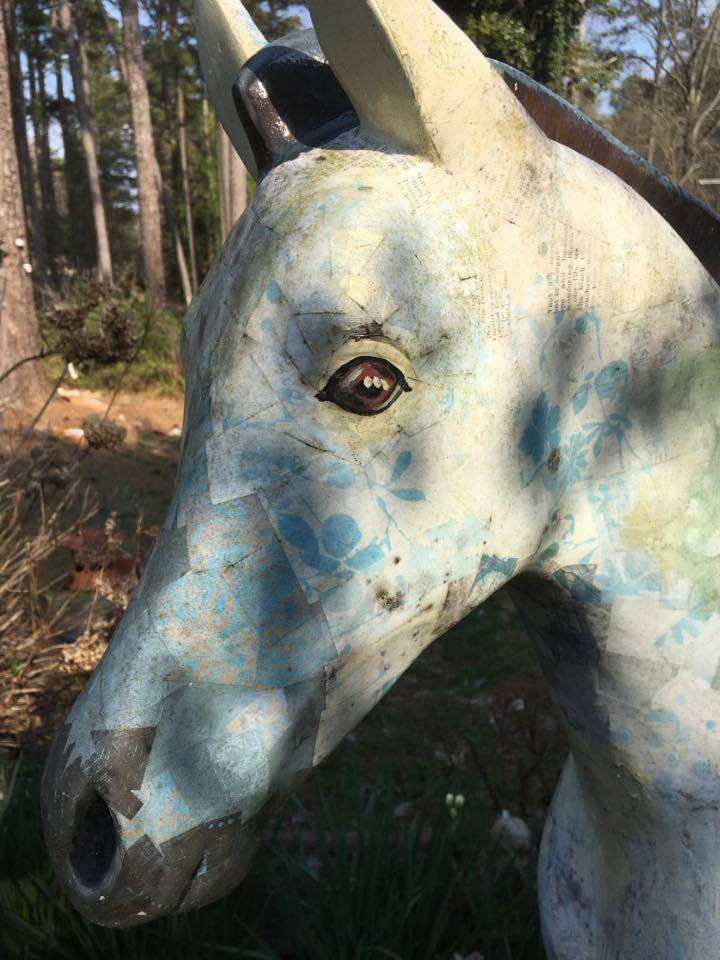 I just loved books. When I was a child growing up, my parents had a business locally downtown. After school, I would go to the public library and just read in the library. A friend of mine told me not too long ago, "I would come spend the night at your house and I was scared the books would fall over and kill us!" I said, "I still have stacks of books everywhere!" I just always loved books, so it doesn’t matter what; I read mystery, romance, biography, nonfiction, whatever I’ve got my hands on. I get two newspapers a day, the local paper and the Journal.

What business did your parents have? Did you feel you had a lot of preparation, watching your parents?

They had a grocery store on the square in Newnan, an independent grocery store. My brother and I both worked in the store. We stocked the shelves and later on checked customers out. I got used to dealing with the public and just really enjoyed it. With the bookstore, I had great customers. Once in a while, you’d have a complaint and try to solve it. Some people you cannot make happy. You try. A lot of them would come in and say I can get this cheaper at Walmart. It used to bother me, but I got to the point where I said go ahead, this is what I have to get. You know, they didn’t understand. I can order two or three books, Walmart can order cases. I did have the support of most. I had a 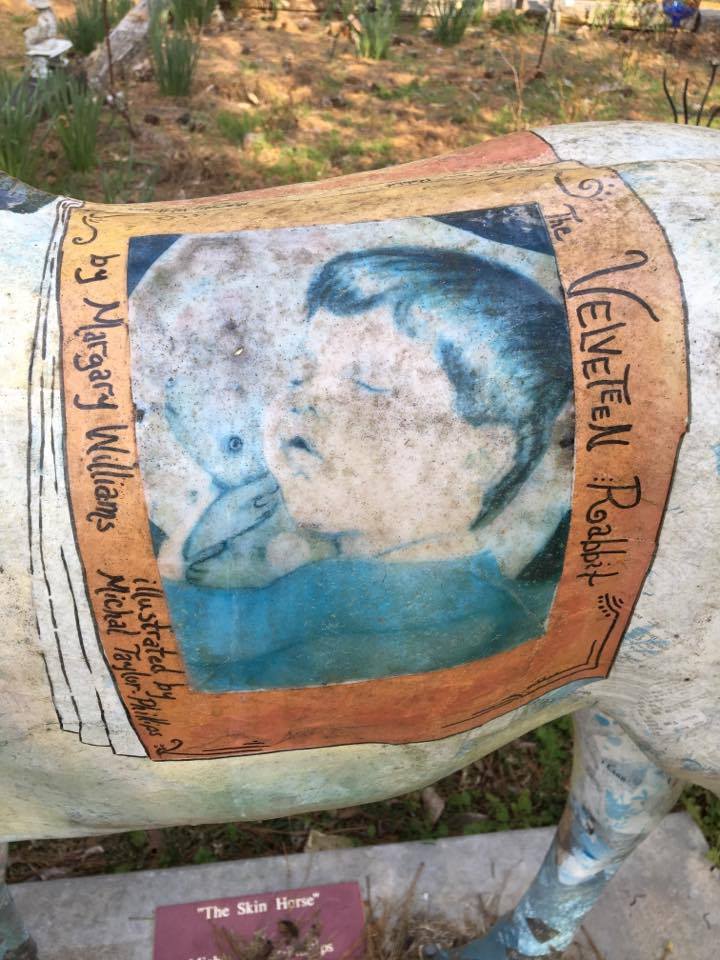 lot of children’s books. I love children’s books. I had a whole section of nothing but children’s books. The teachers would come in and shop. They would have me order sets for classrooms. I had the support of the school system and the teachers, and it helped. Then, we would gift wrap. If there was a birthday party, they’d call ahead and would ask to have a book wrapped and ready. We charged people, sent out statements every month, which was a job, but in a small town, it’s part of customer service. People say, “Charge it!” or they teach their kids to say that, the kids were old enough to come to a town shop, they’d say charge it to us and let the kids have it. I miss seeing the customers. There’s not another bookstore here, just Barnes & Noble right now.

What made you decide on the name?

I did good with the different sales representatives from New York; I was just a Southern girl opening a bookstore, and you would get the look every once in a while—she don’t know what she’s doing—or they would call and want to speak to the boss man, and I would say I am the boss woman, there’s not a boss man. A man can answer the questions and run the business; you don’t know what you’re doing. I would get that reaction quite a bit. 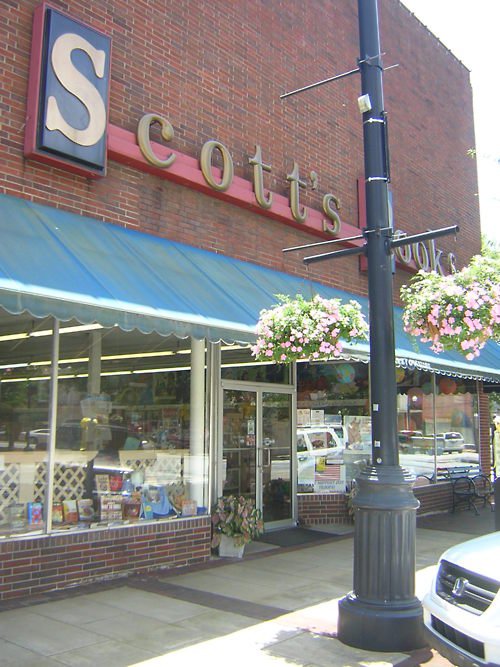 What are some of the most memorable authors you had at Scott’s over the years?

Lewis Grizzard would come the day before Thanksgiving. After he signed, he could meet his friends. He would stop at Sprayberry’s and get his barbecue; they have a plate named after him. He would get his barbecue plate and lemon pie. He married I think three times. I met all three wives. I have two of the wives’ books they wrote about him. Nice as he could be, but you never knew if he would come in in a good mood or if was coming in having a late night out. Sometimes I’d have to check him and say you need to go the restroom and comb your hair, because your teachers are coming that you had in high school. Sometimes if he’d had a late night, he’d keep his sunglasses on, and I’d know. He’d sign between 400-600 books at one time. Nice to everybody because he knew them all. He’d had one heart surgery with pig valves, and he’d always joke about that at Sprayberry’s.

Stuart Woods. He’s from here, well not here but Woodbury, a couple of small towns over. Very arrogant, not a nice person, but I love his books. I read all of Stuart Woods’ books. I figured it was him. He’d grown up in a small Southern town and got famous. He wouldn’t even look up and speak to customers. I still read him. He had said as long as his mother was living, he wouldn’t have sexy scenes in his book. After she died, he started adding a few. It seems like now Stone Barrington is jumping into bed with everybody!

Anne Rivers Siddons, she’s from Palmetto. She’s my age. She had a couple of boyfriends from here she used to date in high school. She’d always come. My husband and I were invited to Charleston College one weekend when one of her books came out. Pat Conroy was there. I loved Pat Conroy. He and Anne were real good friends. I never got him in to sign, but I went to two luncheons in Atlanta given for Pat. I’ll never forget he hugged me and said, “You’re wearing White Shoulders!” That’s a cologne. I asked how he knew that, and he said his mother always wore White Shoulders. He was a delight. He’s one of my favorites. I hear there’s book in the works he started before he died. I’m hoping his wife or someone will finish it. He was one I always wanted, but I never got him. 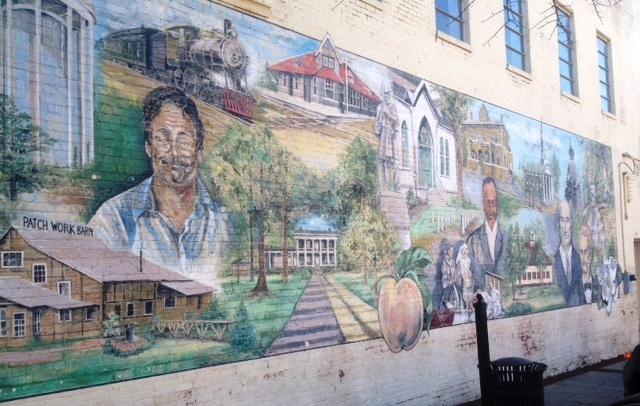 The mural at Scott's Books (from Shelf Awareness)

I had local authors. Erskine Caldwell is from here. He was gone by the time I opened the bookstore, but then Margaret Anne Barnes wrote Murder in Coweta County. I had her in several times and then Dot Moore on John Wallace...hard of hearing, you had to yell at her. I hate that she won’t wear hearing aids. Margaret Anne would always have a body guard. She was nervous over what she wrote about Meriwether County and she was always scared that some of John Wallace’s family would show up and do her harm or act out. She always had this fellow with her.

My family knew John Wallace, and he was in the jailhouse down in Newnan close to my parents’ grocery store. They would let John send notes up to the grocery store with an order like for cokes and cheese and crackers. My daddy would send it down to him. I have the notes they sent back and forth. The Christmas before he went to the electric chair, they let him go out with a trustee, and he went out and bought my mother a box of handkerchiefs and bought my daddy and all the men that worked for him socks and wrote notes about how much he appreciated them taking care of him with food and all. He was very wealthy and he’d give money to the church and help the poor but then he would kill people [laughs]! I’ve got quite a few letters that went back and forth. I found one Daddy had written, a charge ticket with Coca-Cola like a nickel and cheese and crackers like a nickel or a dime. That was back in that time.

Vince Dooley. Several times. That was always a big deal because he was Coach at Georgia. And I’m a Georgia Tech fan, so I had to be nice to him. He did a beautiful gardening book and a couple on football, and I had him each time. But then he started at Christmas signing in Krogers everywhere, and I thought, if you’re going to start doing that, why aren’t you going to bookstores instead of a grocery store? I didn’t like that idea, so I didn’t have him back. I might as well just go to Kroger! I guess he signed a contract with the Kroger owner. He would start around Thanksgiving and sign in Krogers all over during the holidays. I guess he’d bought up a bunch of his books that hadn’t sold. I thought you need to support the bookstores that are selling your books all the time and not just at the holidays. 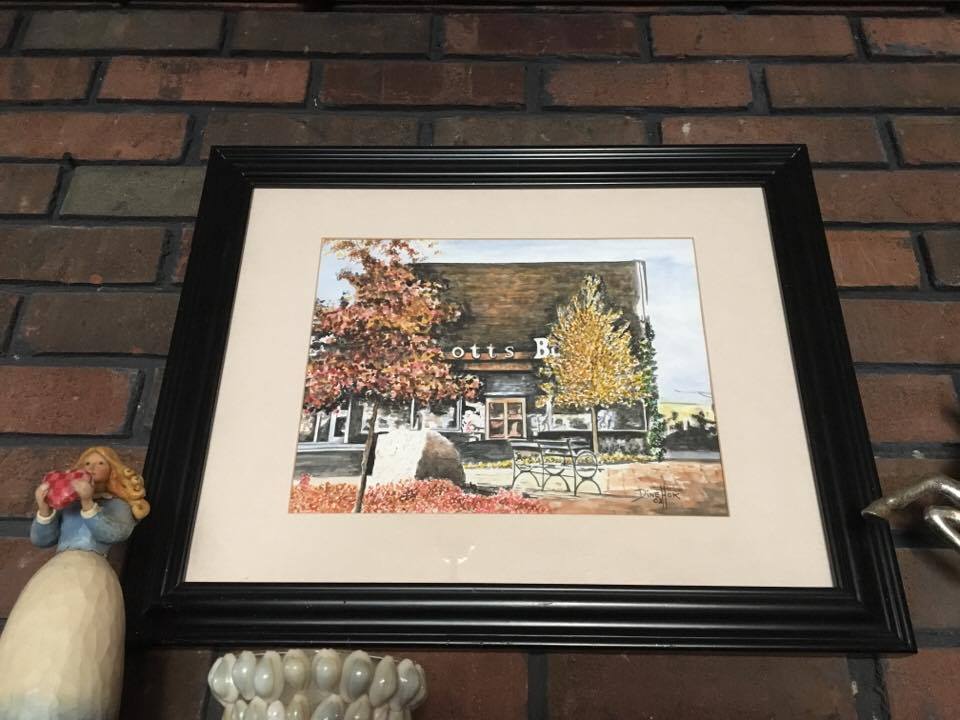 An artist's rendering of Scott's Books above Earlene Scott's mantle

Two customers’ children work [in publishing], one with HarperCollins and one with Random House in New York. The one with HarperCollins is the children’s editor now, and he sent me a couple of his books that he has written and a note with one that said you’re responsible for all of this, because I would come in and go to the classics section of the store, and he said, you’d always recommend something. The other one is with Random House, which is really big, and every once in a while she’ll send me a reader’s copy of something she thinks will be big. It’s always neat when you know they’ve moved on with their love of books, and to go from Newnan, Georgia to New York!