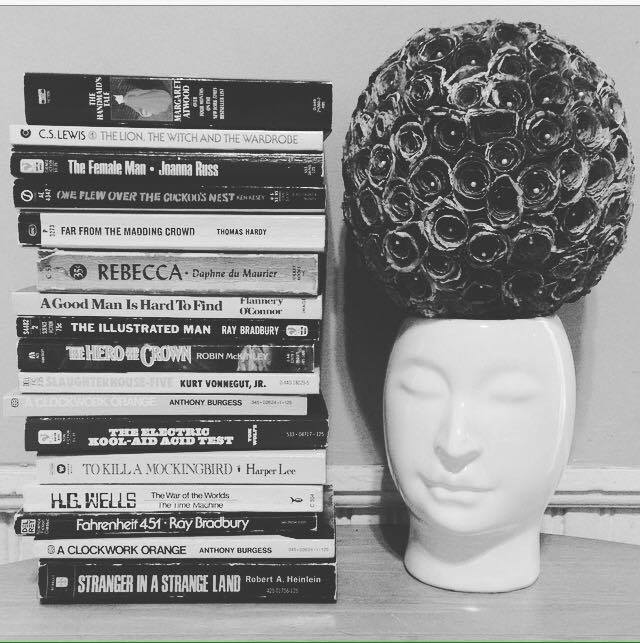 Ah, is there any humbler figure in the book world than that grocery store staple, the mass market paperback (MMP)? Other than that very shade of a book, "e-books," of course. You know the kind--the Lee Childs thriller, the latest Mary Higgins Clark mystery, those V. C. Andrews books you read way too young. Like the hobbits of Middle Earth, MMPs are of a much smaller stature than their peers, less showy, less refined. They're also cozy, unassuming, the salt of the earth. A collection of luxurious leatherbound tomes or pristine signed first editions is a worthy goal, but here are five reasons why you should consider throwing in a few MMPs along the way.

Reason No. 1: The Cover Art

There is nothing wilder, trippier, or campier than a 1970s/1980s MMP, particularly the sci-fi/fantasy ones, even when it comes to important works of literature: Joanna Russ' influential work of feminist science fiction The Female Man, Bradbury's Fahrenheit 451, Burgess' A Clockwork Orange, H. G. Wells' The War of the Worlds AND The Time Machine in an epic doublefeature, or Lewis' The Lion, the Witch and the Wardrobe. The cover art on these MMPS is bold, it's imaginative, it can even make you see an old classic in a new light. 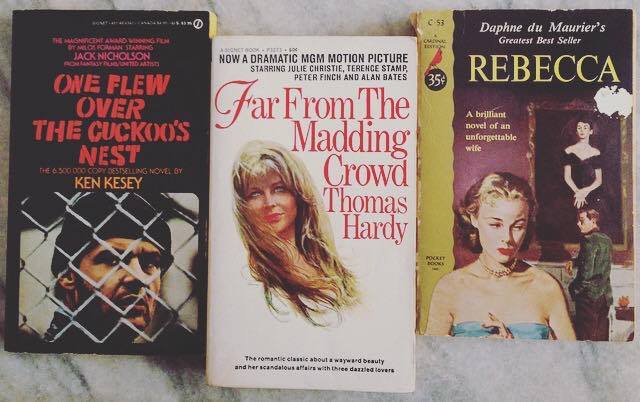 In fact, an old MMP can be like going through a photo album of a loved one's childhood, sometimes wonderfully embarrasing, always an important part of a life story. Who knew movie tie-in editions could be so visually striking?

Reason No. 3: The Copy Writing

This is the copy of Thomas Hardy's classic novel Far From the Madding Crowd that's pictured above and that I just read. Sure, some classic novels were banned or censored or challenged in their day, like Lady Chatterley's Lover. But this one never was. So that's why the blurb on the back is all that much more ridiculous: "Her rustic love-romps shook the English countryside." Her RUSTIC LOVE-ROMPS?! I'll have what she's reading!

Reason No. 4: Pop Some Tags

Head over to your charming local used bookshop, thrift shop, or yard sale and get ready to pop some tags like Macklemore, because you can have a veritable shopping spree if you're collecting MMPs. This 1980s copy of one of my favorite books of all time, Margaret Atwood's The Handmaid's Tale, cost me a whopping $1 at a recent book sale, and it has one of those cheesy cover flaps--priceless!

You may have heard back in March of this year that Harper Lee's estate killed the mass market edition of To Kill a Mockingbird. Usually decisions like these don't make the news, but the classic novel is assigned every year in schools across America, and the sudden loss of $8.99 copies is a big deal for teachers and students. Classroom sets will no longer come cheap; the trade paperback costs almost twice that of the MMP. Though this form of Mockingbird will no longer be produced, a mind-boggling number of them were printed over the decades, so they're hardly collectible. Still, it's nice to have this testament 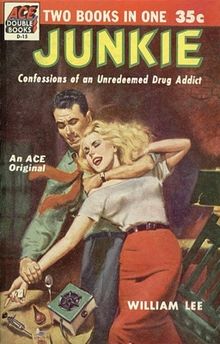 to Mockingbird's power in American schools around, a reminder that though often taken for granted, the MMP has a special place in the world of books. Making a book affordable for students can secure its endurance as a beloved classic for years to come.

Mass market copies of Mockingbird may never fetch vast sums at auction, but some MMPs do. Take William S. Burroughs' first published book Junkie, which first appeared in 1953 as an Ace Double, a mass market edition featuring two books in one. First printings of Junkie often sell for upwards of $1,000.00. So next time you pass by an old mass market paperback, you might take a second glance. In other words, don't judge a book by its cover.