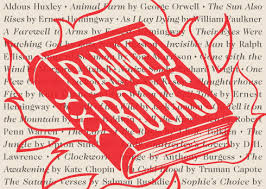 In celebration of Banned Books Week 2016, we are pleased to share a unique copy of D. H. Lawrence's oft-censored masterpiece, Lady Chatterley's Lover. This now classic novel, which focuses on the affair between a married upper class woman and a working class man, was not only banned and censored when it first appeared in 1928, an unexpurgated version was not published in the U.K. until 1960. Throughout the 1950s and 1960s, Lady Chatterley was put on trial not only in Britain, but in the U.S., Australia, Canada, Japan, and India. As you can see in this clip from the AMC show Mad Men, it was still quite scandalous in 1960s Manhattan.

When we first laid eyes 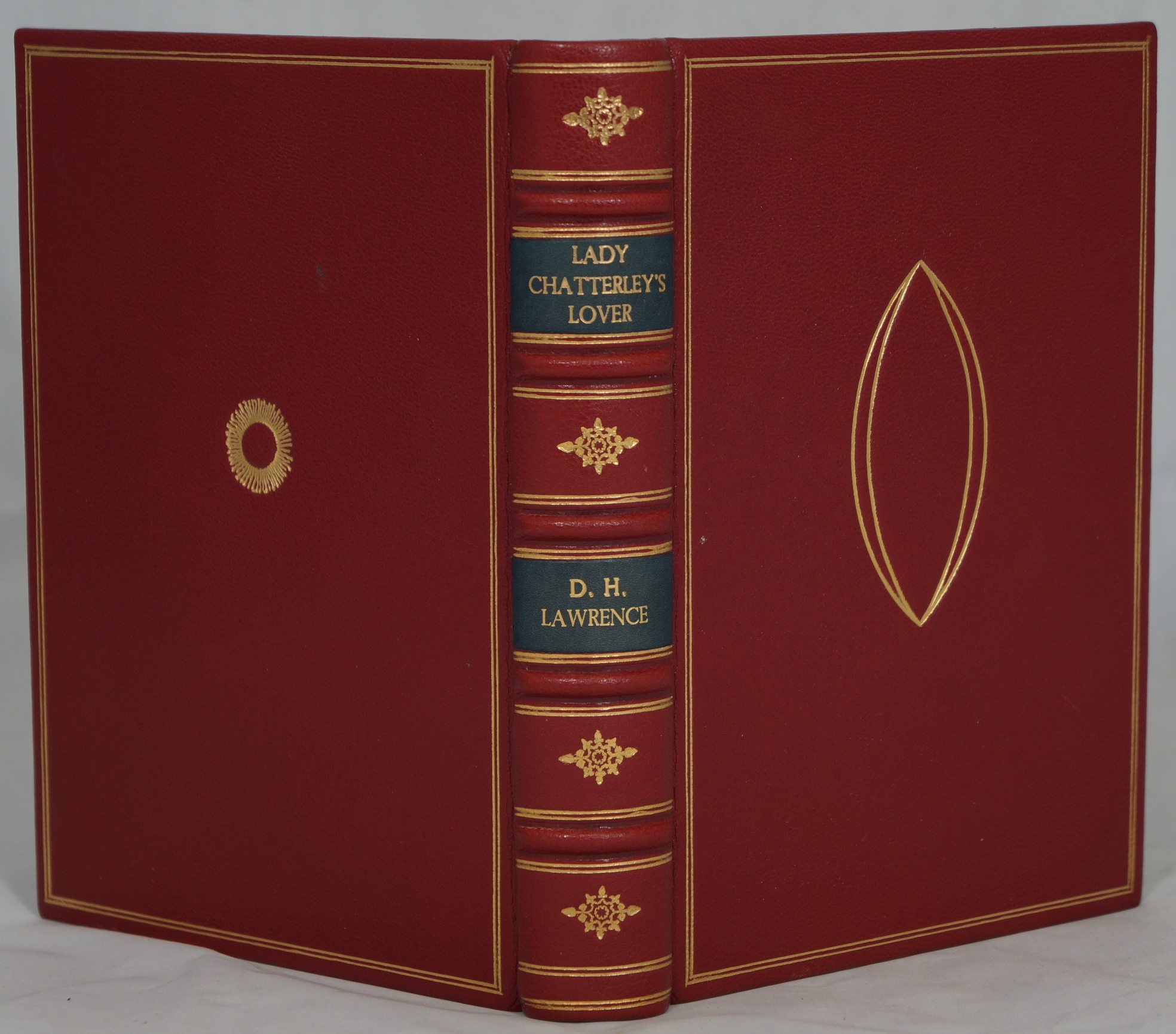 on this particular copy of the infamous romance, we knew we had to have it. We were immediately taken with its recent rebinding, which shows a great deal of...wit. What we discovered when we looked past its cheeky exterior was even more exciting.

This is the Paris popular edition, the third authorized edition of the novel that would cause so many whispers and so many shouts. The first authorized edition was printed by Florence's Orioli Press for the author in a 1,000 print run. A second printing of only 200 copies followed the first, again privately printed. Pirate presses took advantage of the novel's censorship, printing unauthorized versions all over the globe. This third authorized edition includes a new introduction, "My Skirmish with Jolly Roger," by the author that details his struggle with the proliferating pirated editions of his novel. 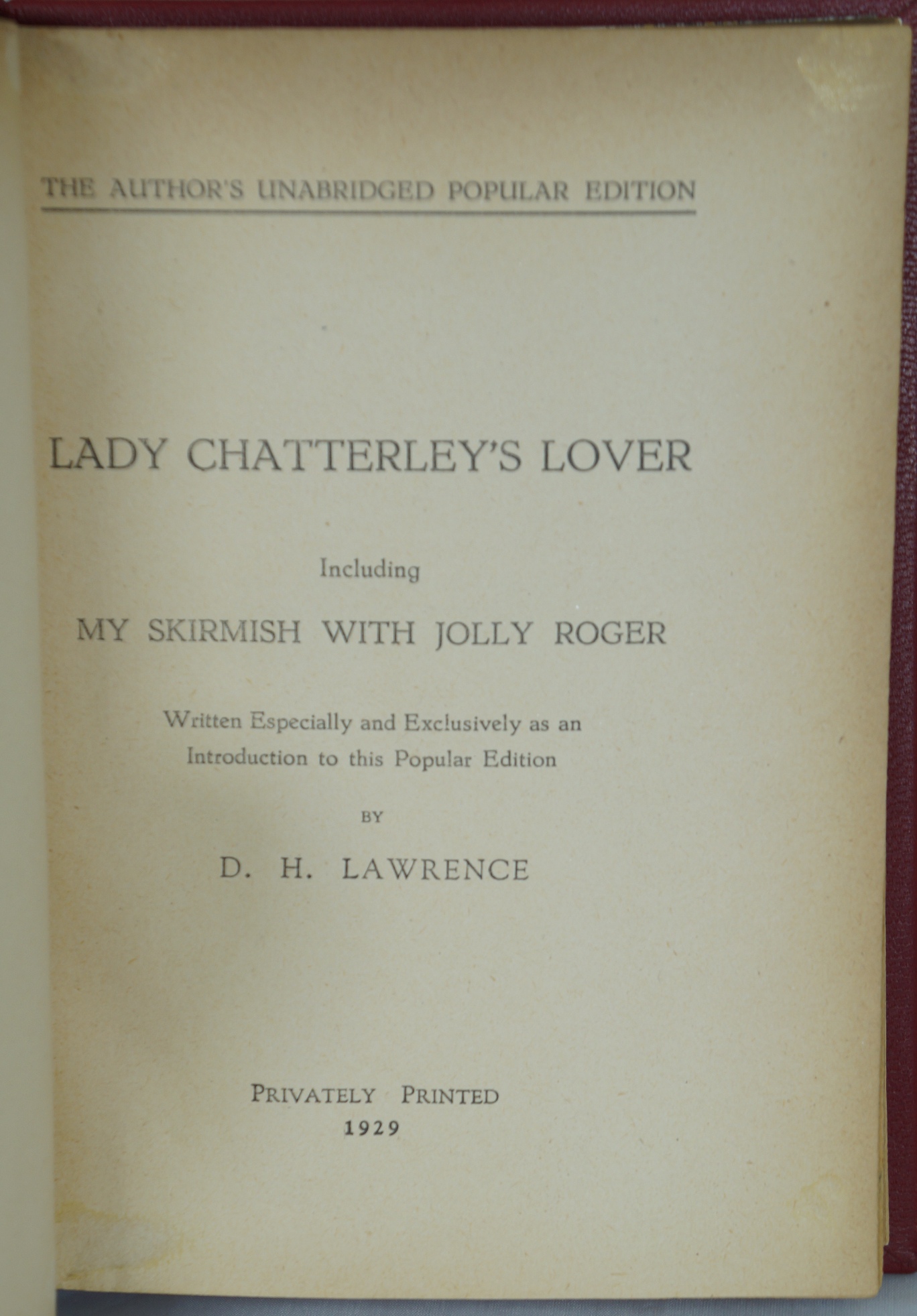 When sales of these wildly profitable piratizations were capped by booksellers and readers who felt morally bound to abstain, publishers sought an authorized, sanitized version from the author, and he considered, but chose instead to release this unexpurgated "little cheap French edition," as he writes in "My Skirmish with Jolly Roger":

"English publishers urge me to make an expurgated edition, promising me large returns...and insisting that I should show the public that here is a fine novel, apart from all 'purple' and all 'words.' So I begin to be tempted and start in to expurgate. But impossible! I might as well try to clip my own nose into shape with scissors. The book bleeds. And in spite of all antagonism, I put forth this novel as an honest, healthy book, necessary for us to-day. The words that shock so much at first don't shock at all after a while. Is this because the mind is depraved by habit? Not a bit. It is that the words merely shocked the eye, they never shocked the mind at all. People without minds may go on being shocked, but they don't matter. People with minds realize that they aren't shocked, and never really were..." 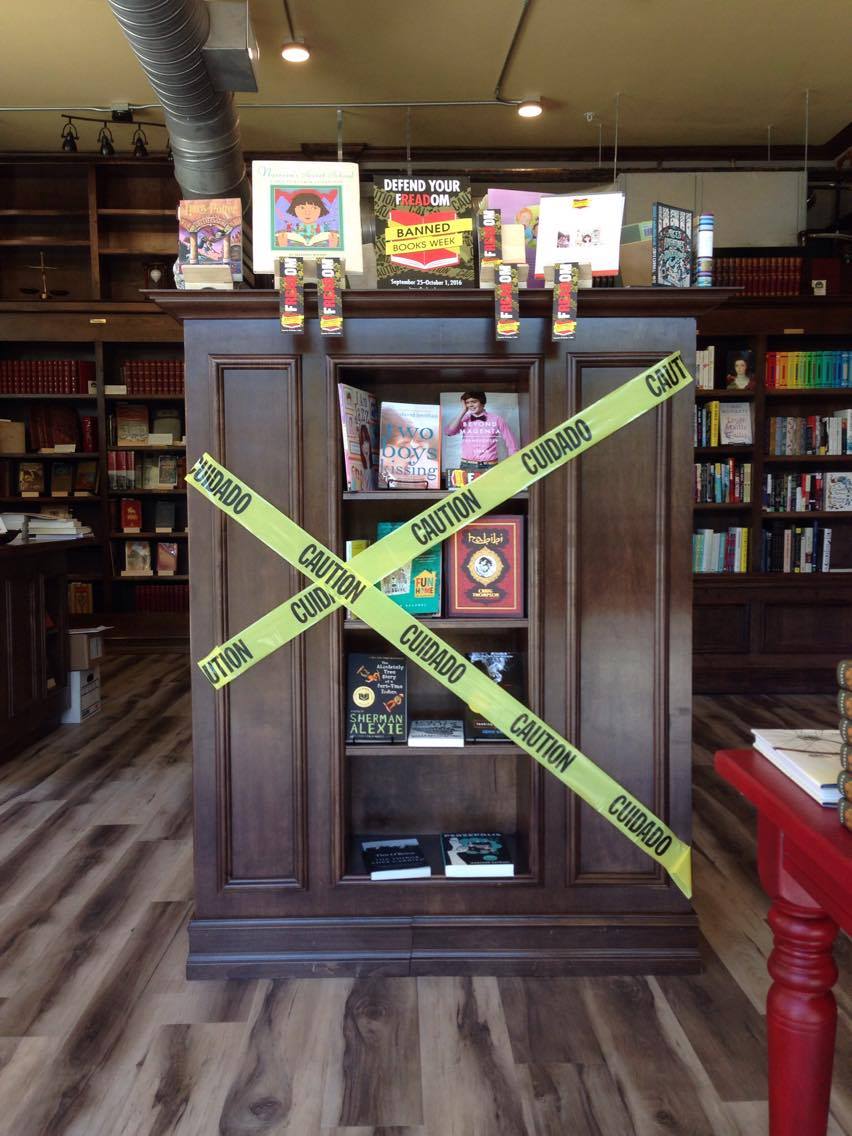 We're utterly infatuated with this unique copy of D. H. Lawrence's masterpiece. The Paris popular edition represents all the author's beleaguered integrity toward his work, and here his "little cheap French edition" is pleasingly bound by a binder with a sympathetic, if mischievous, sense of humor.

Learn more about this unique copy here, or come by our new location, Hills & Hamlets Bookshop, to see our Banned Books Week display!