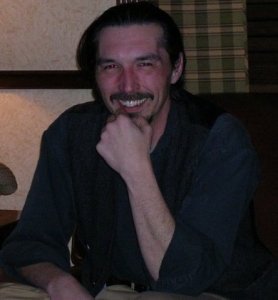 Jason has been a regular and a favorite at UB since we opened in March of 2011. He wrote this wonderful piece honoring our store and we're honored to share it with you here! You can read more from Jason at www.macezra.com.

Note: This piece was to originally be published by the now, sadly, defunct Squared magazine out of Carrollton, Georgia.

The lady taking my blood pressure stared intently enough at the gauge, listening through her stethoscope, before turning her face up to me in a look I found all too reminiscent of what I received from the dean when I showed up to my Phi Beta Kappa induction ceremony wearing a dress. She started again, wearing even less of a poker face, before scurrying out to gather another nurse so that I might receive that same stare in stereo…two more times.

“You need to go to the hospital right now,” she said.

“Can I make a quick stop first, or am I likely to keel over in the parking lot?” I asked.

Grudgingly they acquiesced that I could run my fool’s errand as long as I got to the ER quickly for what they assured me was excessively high blood pressure.

I went and got my book.

My favorite quote pertaining to the importance of books and reading is, sadly, unprintable in this medium. The quote comes from the ever questionable John Waters*. The gist of the quote is the rather simple admonition that should you meet someone out and about and go home with with them, upon finding they own no books, do not engage in physically amorous activities with them. If you’ve seen Pink Flamingos you’re that much closer to the original sentiment.

I’m inclined to agree with the above paraphrasing and all too tempted to add to it by typing the statement: “people who read are better than those that don’t.”

Now, I don’t necessarily believe the previous statement to be true (I’m an each to their own strength kind of cat), but I’m increasingly curious as to what arguments might be presented to refute it. I’ll stand by it for the moment. Refutations can be presented to Squared via email and I recommend any and all grammatical inconsistencies just to keep things hopping.

Believe it or not, I sat down to write about Underground Books; but, oddly enough, the book mentioned above in the high blood pressure fiasco didn’t come from Underground. I’d ordered it online. It’s a sequel to a book that I purchased at Underground. You see, Underground doesn’t really do special orders on current and otherwise easily available books. It’s not their niche. If that upsets you, you’ve not met Josh, the ever-pleasant owner of Underground (seriously, so consistently pleasant that I’ve little doubt he could keep his cool and polite manner indefinitely in a Flat Earth Society convention).

Here’s the rub: I occasionally shop at Underground with a specific book in mind, but, more often than not, I like to empty my head a bit and peruse. I like to see what’s crept in while I was away; to see just what it is that I didn’t know I was looking for, to find that ever elusive new author that I can never understand how I’d never found before. And I like a nice place to meander in while I search them out. Underground delivers on all fronts, often making me feel as if I’ve failed somehow when I don’t walk out with at least one book.

I, myself, love character and Underground Books, just around the corner from the world saving Highland deli, has got character and charm to spare. The space itself is warm, a soft descent from street level, now coffee scented with old vinyl often crooning you ever forward, ever backwards amongst the myriad comforts of pages. Those better people of the reader community know the welcome of a new author, that beckoning ebb and flow of the mere possibility of a new book. Umberto Eco has said that an unread book is more valuable than a read book, but you knew that didn’t you? Of course, you did. They’re all right there. Just look under the wedding gift of the arch of books (further testament to the decency of character inherent there: anyone who might receive such should be weighed and measured as someone worthy of such a gift) or ask anyone working, or any of the regulars for whom Underground has had an appreciation night (with a superb band that my soul, bettered for reading, is battered all the worse for forgetting their name**).

I’ve always loved book stores (especially used, voraciousness always comes at a cost), but Underground has a comfort beyond your usual haunts (Gods help me, if they served beer with a noise rock soundtrack I might never leave). With hours like 11-ish to 7-ish you can rest assured inside that door is something beyond the mere making of a living.

Chances are, if you’re one of the better people always searching out some new books to add to the libraries of your past, you’ve already shopped Underground. If you’re further obsessed with the character and individuality of a comfortable space you’ve been back. But, if you’ve missed it (or even single and hip to advice from someone like John Waters) maybe you should visit.

*Apropos of nothing, but fun: my buddy Shawn Murphy, currently acting in New York, was once watching an interview with Mr. Waters when his father, who grew up in Baltimore, wandered into the room and stared at the screen for several seconds before making one of those odd chuffing sounds that emit from all of us at random moments of sudden mental cohesion and said, “I know that guy…I used to beat him up before school.” As Vonnegut was wont to say, “So it goes.”